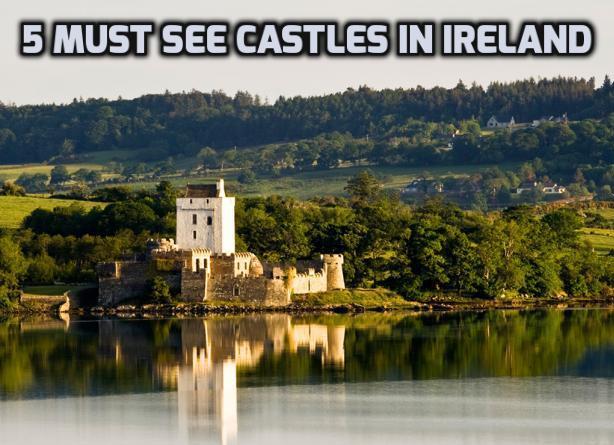 It had always been my dream to visit Ireland and when I finally did go to Ireland, people would ask me; why did I choose Ireland of all the countries in the world and I would answer that I was very interested in visiting the Castles in Ireland! I was then informed that even Scotland has a lot of beautiful castles, so why then Ireland? I still don’t know the exact reason, but it was my innermost desire to visit Ireland, the castles I guess were just an excuse!!

That said and done, however, it is true that Ireland is known for its castles. So when visiting Ireland,  do not miss out on visiting the majestic castles and  if possible, even experience staying for one night in a castle!

How many castles are there in Ireland? Well…hold your breath, there are more than 30,000 castles spread over the length and breadth of Ireland’s landscape. Yes my friends, just over 30,000 castles. While many of these medieval Irish castles are still in ruins, there are many which have been restored and have been kept open to the public and a must see. Some castles have been made to retain their internal furnishings just as it was in the good old days and others have been turned into museums and hotels. Most castles are built in stunning locations and the view surrounding most castles are any photographer’s delight.

Among all these, list of few castles which you could start off by visiting are:

Trim Castle, with an area of 30,000 m², is the largest Anglo-Norman castle in Ireland, it was built by Hugh de Lacy when he was granted the Liberty of Meath by King Henry II in 1172. This castle is located on the south bank of the River Boyne in Trim, County Meath, Ireland.  Trim Castle was the location for King John’s Castle in the film ‘Braveheart’ the 1995 historical drama directed by and starring Mel Gibson. 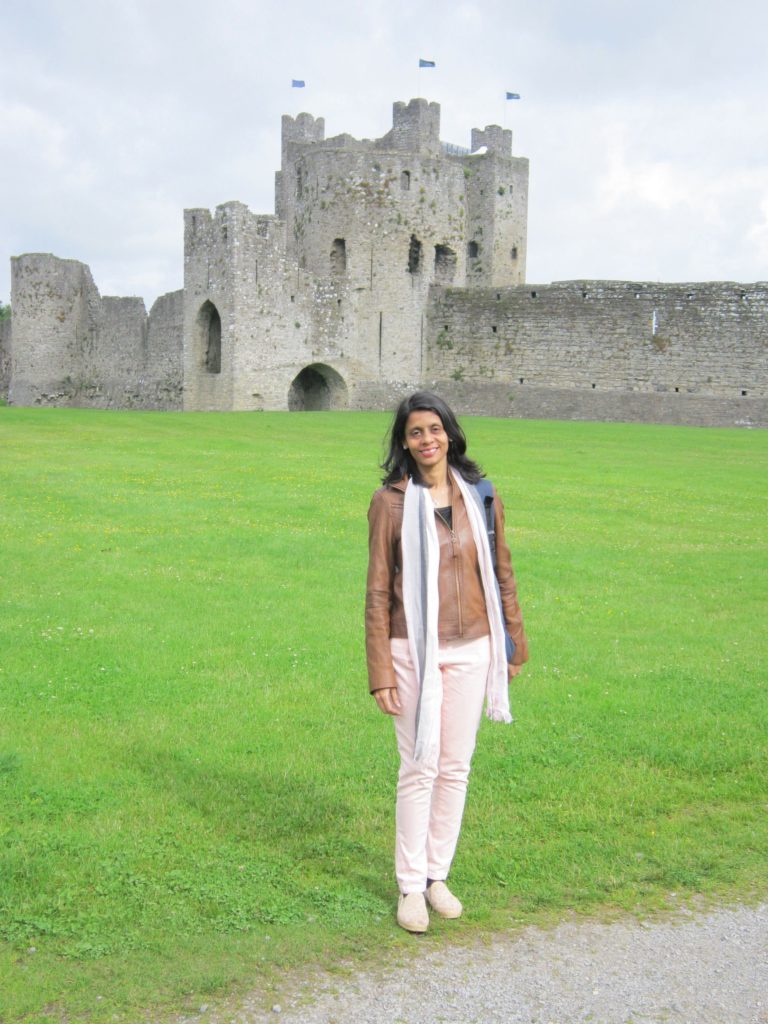 I was very excited to be visiting the largest Anglo-Norman Castle in Ireland, but was a bit disappointed. The castle looked amazing from outside, no doubt about that, but when I was given an inside tour of Trim Castle, I was disappointed to find that it was in ruins; it was not a furnished, livable castle that I had imagined or hoped it would be. But the view from the highest point of the castle was stunning; it gave a breathtaking bird’s eye view of the landscape surrounding the castle.

One can visit the Trim Castle easily from Dublin, as it’s just an hour’s journey from there. There are a number of bus tours that visit Trim Castle from Dublin. The castle is open daily during peak season, but only on weekends during the offseason. After touring and exploring the castle and its grounds, we had a wonderful time exploring the cute, dainty village of Trim. Here, in one of the restaurants, I had the most delicious Bacon, egg sandwich for lunch. I loved the quaint Trim village; it had a very calm and soothing effect on me. 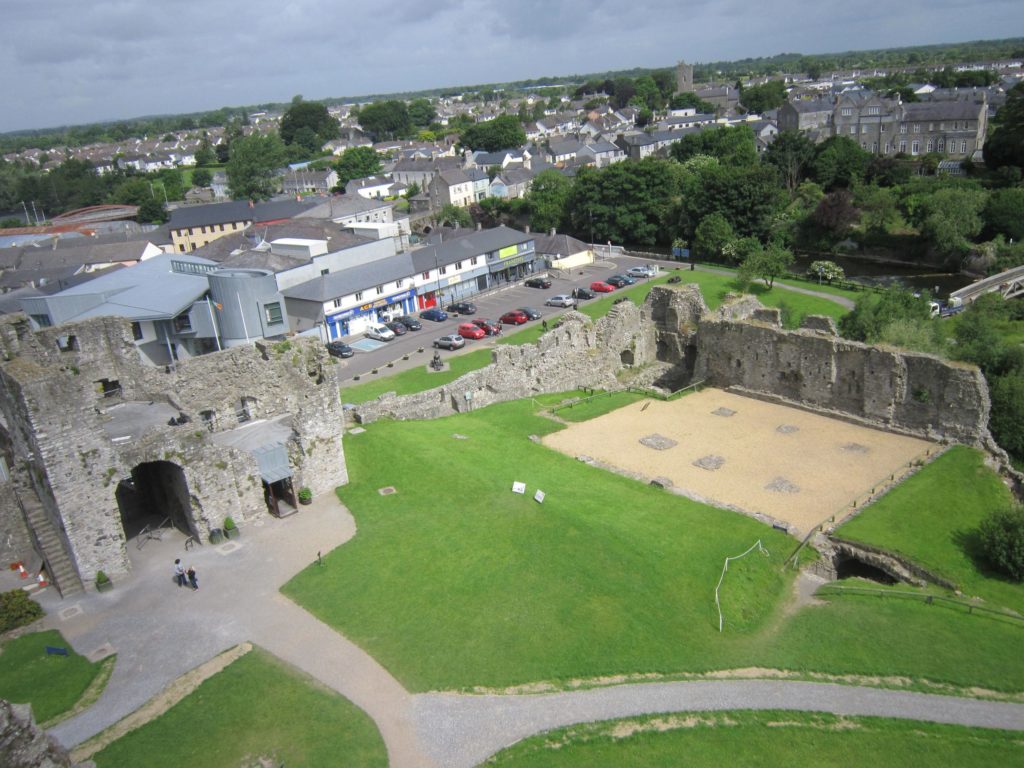 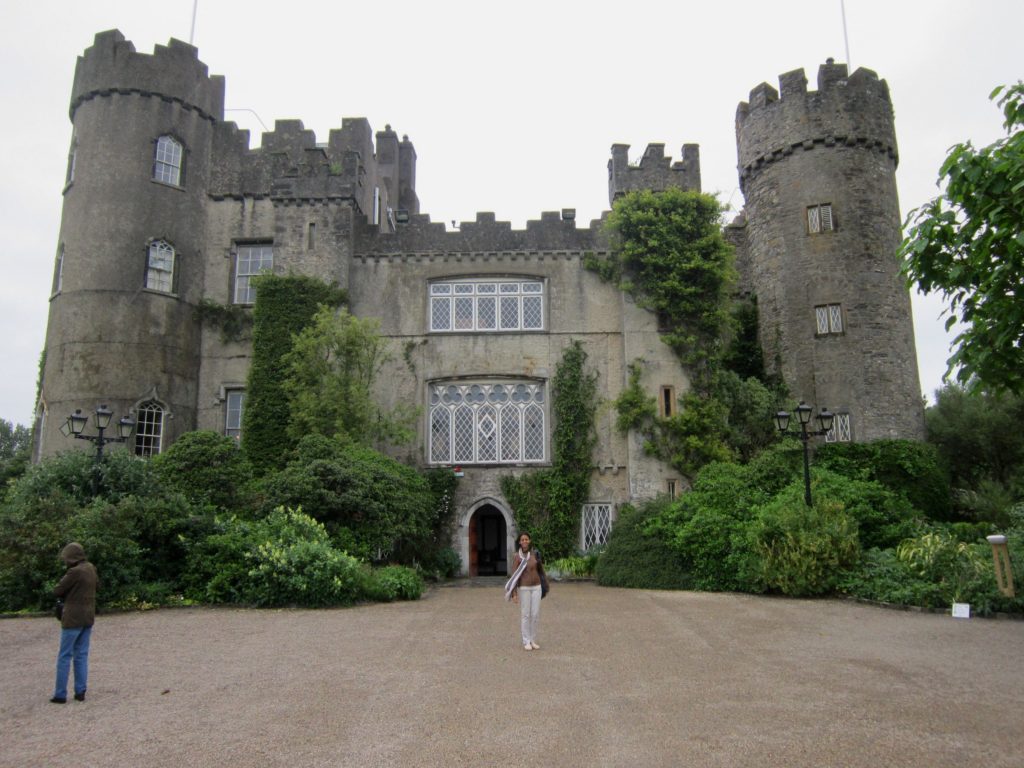 The Castle along with Talbot Botanic Gardens can be visited for a fee, on a guided-tour-only basis. In addition, it is possible to hire the famously Gothic Great Hall for private banquets. The castle is furnished with period furniture and an extensive collection of Irish portraits. The castle has an eating facility, and adjacent is a craft shop. The castle’s best-known rooms are the Oak Room, and the Great Hall, which displays Talbot family history. The Talbot Botonic Gardens is of 4 acres and consists of many beautiful, rare and exotic plants. A haven for botonic lovers! 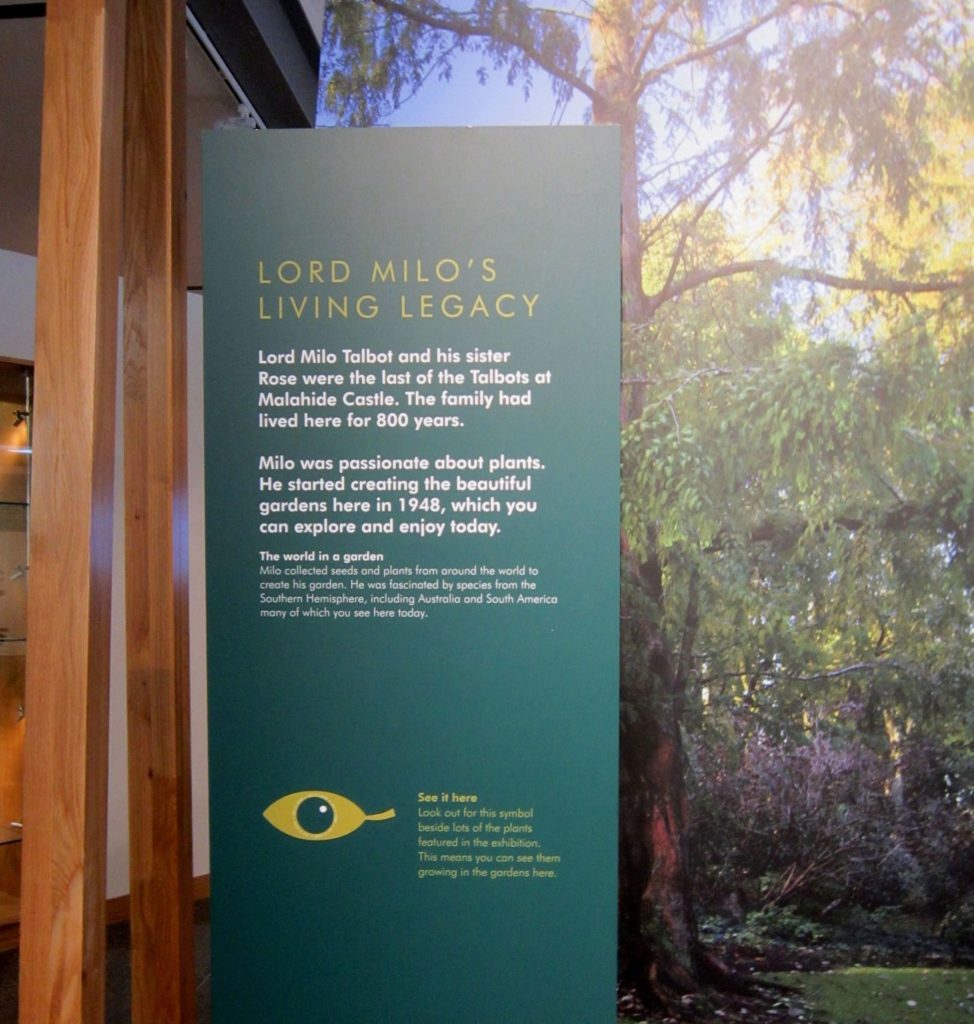 Blarney Castle is a medieval stronghold in Blarney, near Cork, Ireland, and the River Martin.

The castle originally dates from before 1200, when a timber house was believed to have been built on the site, although no evidence remains of this. Around 1210 this was replaced by a stone fortification. The castle is now a partial ruin with some accessible rooms and battlements. At the top of the castle lies the Stone of Eloquence, better known as the Blarney Stone. 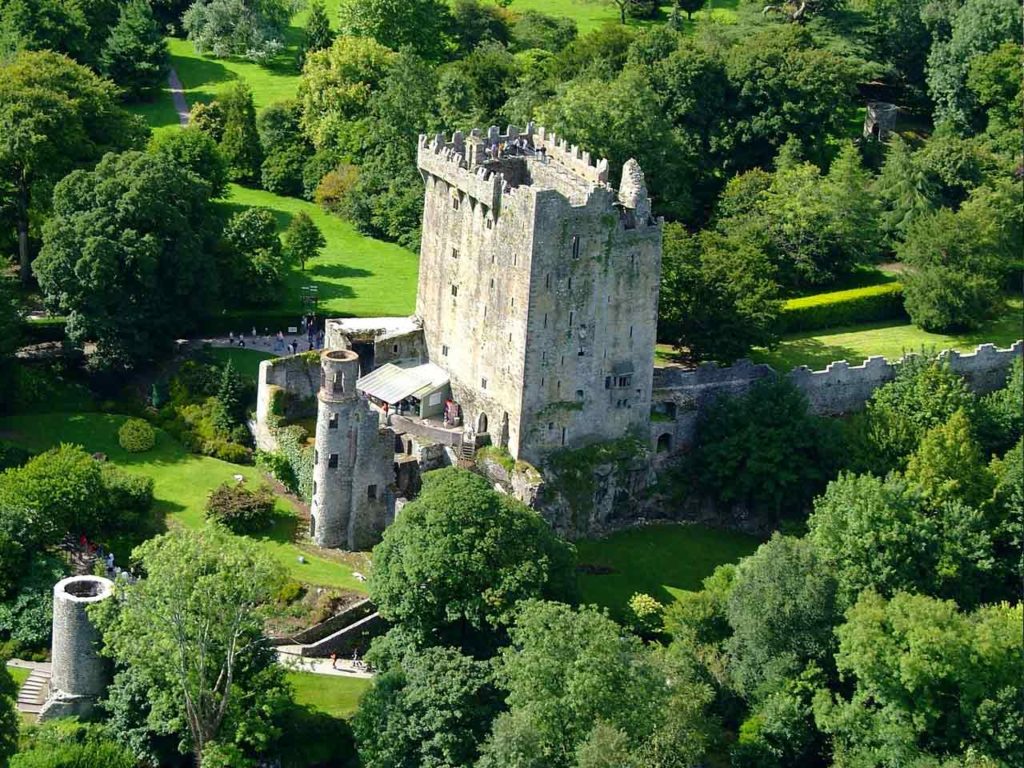 Tourists visiting Blarney Castle may hang upside-down over a sheer drop to kiss the stone, which is said to give the gift of eloquence.

Ross Castle located on the shores of Lough Leane, just outside the town of Killarney on the Ross Road, is a 15th century Castle, built by O’Donoghue Mór. The castle is a typical example of the stronghold of an Irish Chieftain during the middle ages. The Castle has recently been restored and is open to visitors from April to October (there is a fee which includes a guided tour) but you can stroll around the grounds throughout the year. As the castle is one of Killarney’s main tourist attractions it can get quite busy during the peak summer months. Boats trips are also available from here to Inisfallen Island and around The Lakes of Killarney. 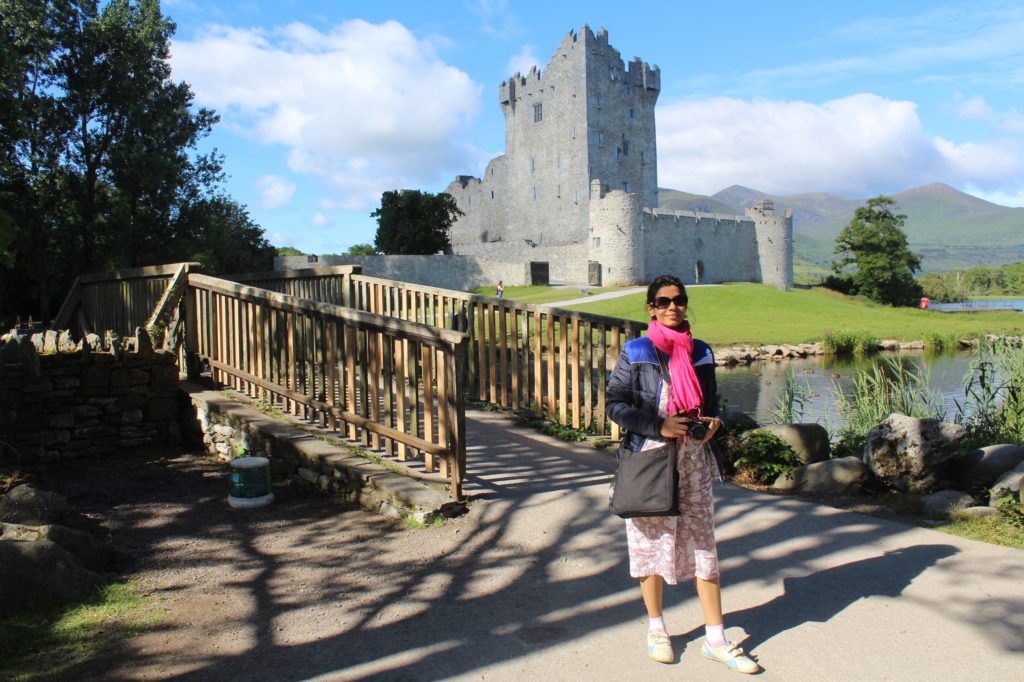 Ballyseede Castle, one of the best-known castle hotels in Ireland, has a history dating back to the 1590s. Following the defeat of the Desmoids in 1584, the Castle plus 3000 acres of land was granted as a perpetual lease to Robert Blennerhassett, the rent being one red rose to be presented each year on Midsummer’s Day. 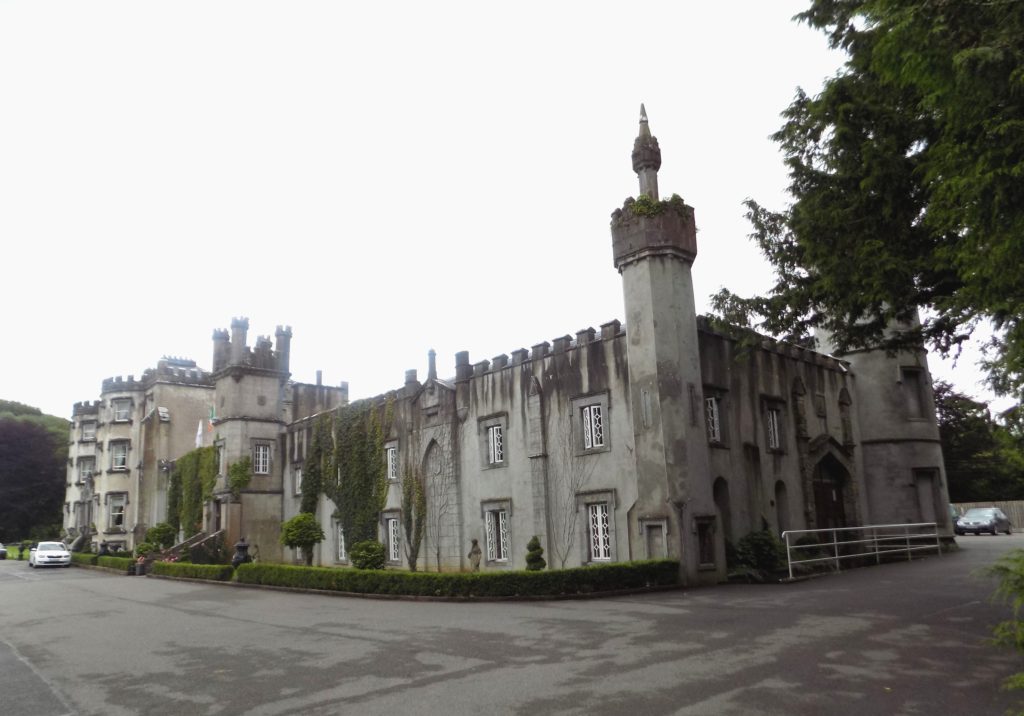 Set in thirty acres of native woodland, Ballyseede Castle has been wonderfully transformed into a luxury hotel. Located on the gateway to the Ring of Kerry and Dingle Peninsula, this luxury hotel is a great base from which to visit the south west. Great location for a short break in Tralee! The Castle is a highly impressive property full of old world charm. 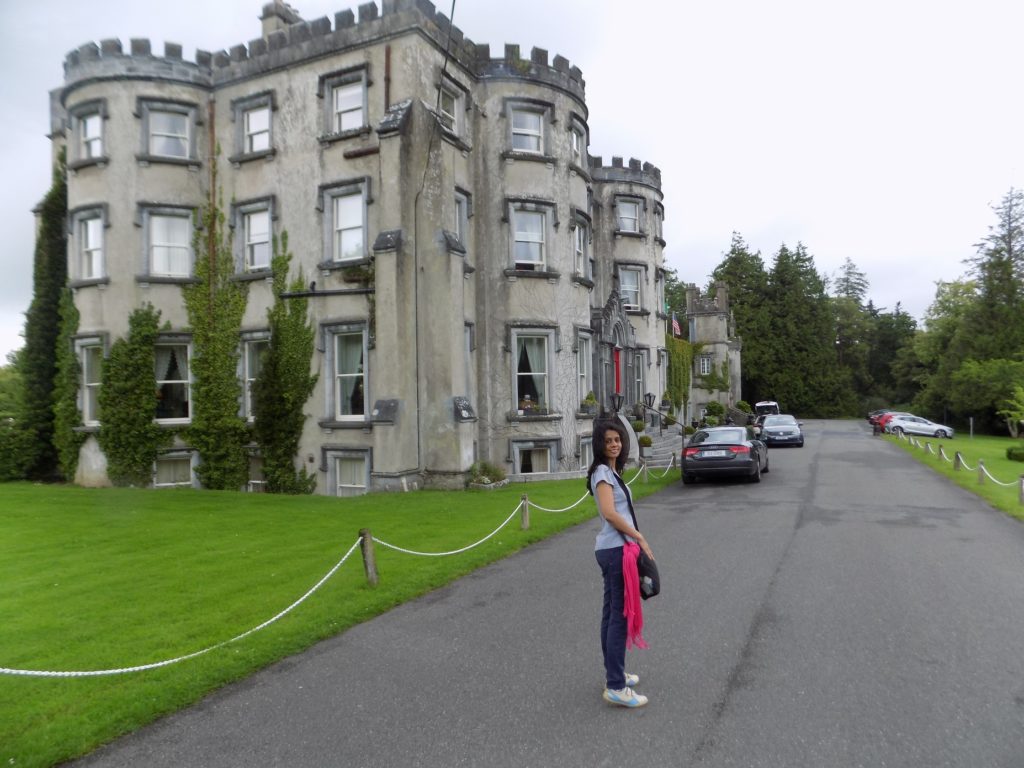 If you liked this post and would like me to blog about anything in particular, please do send me an email at: travelbliss4@gmail.com and I will be sure to get back to you.

Till then, keep traveling and keep sharing the stories! 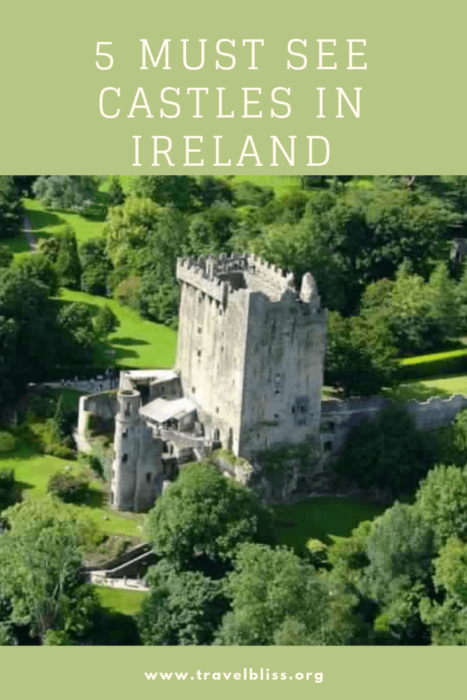 8 Replies to “5 Must See Castles in Ireland”