London the Capital of England and the United Kingdom is a city on every traveler's wish list.  It was on mine and I just cannot believe it that I have already visited London thrice within 4 years!! The vibrancy of the city simply amazes me.  When in London, the sheer amount of Tourist attractions that are vying for your attention will leave you confused. There’s so much to do and see for everybody in London right from the archaeological enthusiasts, the foodies, the nature trailers, the die-hard shopaholics to the artisans and the fun loving tourists, there is room for all. Speaking of room, for checking out all the various types of accommodation available in London, do checkout on Booking.com. So come and let’s explore London and all it has to offer.

Windsor Castle is the Official Residence of the Queen and is located in the English county of Berkshire, and  is a must see for any visitor to the UK. It is the oldest and the largest occupied castle in the world.  Windsor Castle is one of three official residences of The Queen and has been home to the Sovereign for over 900 years The Royal Standard flies over the Round Tower of Windsor Castle when the Queen is in residence - at other times, the Union Jack flag flies in its place.

Windsor Castle was first built by William the Conqueror, following his invasion of England in 1066. The original structure was built from timber with earth fortifications. The Castle held an obvious strategic position on a steep hill overlooking the River Thames, and was part of a ring of castles around London, with the Tower of London, one day's march away, at its heart.

The Castle was later rebuilt in stone, and grew in importance over the years. Henry II constructed the Round Tower and the original stone outer wall. Following the English Civil War, the Castle's primary role became that of a royal palace. The Castle has remained largely unchanged since the early nineteenth century, apart from the restoration work following the fire.

Many visitors like to time their visit so they can view the changing of the guard. This is very similar to that practiced in Central London at Buckingham Palace. If you're not visiting the castle you can still see the band marching through the town around 11 a.m.

Windsor Castle is much larger than most people realise (more than 12 acres), and it is worth allowing a good two to three hours for your visit.  A typical tour of the Windsor Castle consists of a visit to The Queen Mary’s Doll House, the St. George’s Chapel, The State Apartments and Semi-State Rooms and the Drawings Gallery. You can book your tickets online or directly at the booking counter at the castle.

After a lot of walking around in the grounds of the Royal Castle, we come near the end of our tour. And now it’s time to have a good bite!!! What better place, then just outside Windsor Castle, where there are a line of dainty, beautiful open restaurants waiting to cater to your needs.

This beautiful young lady caught my attention. When she invited me into her shop, I realized it was a lovely Photo Studio, wherein for a certain price, you could don the traditional costumes and get your picture clicked. 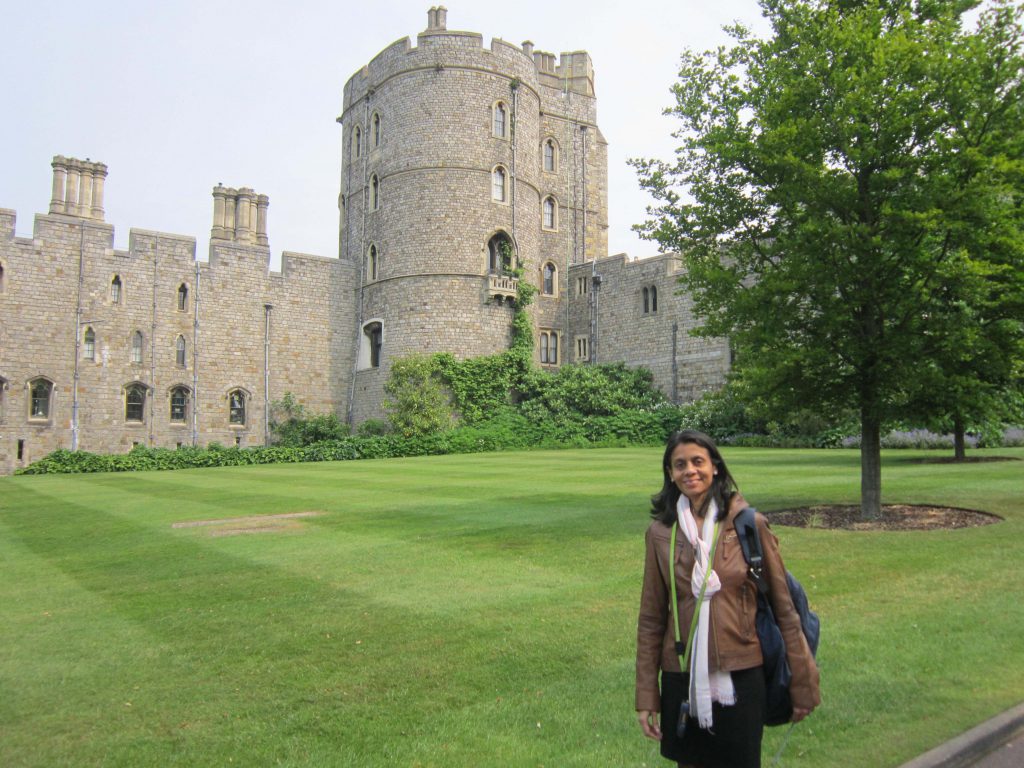 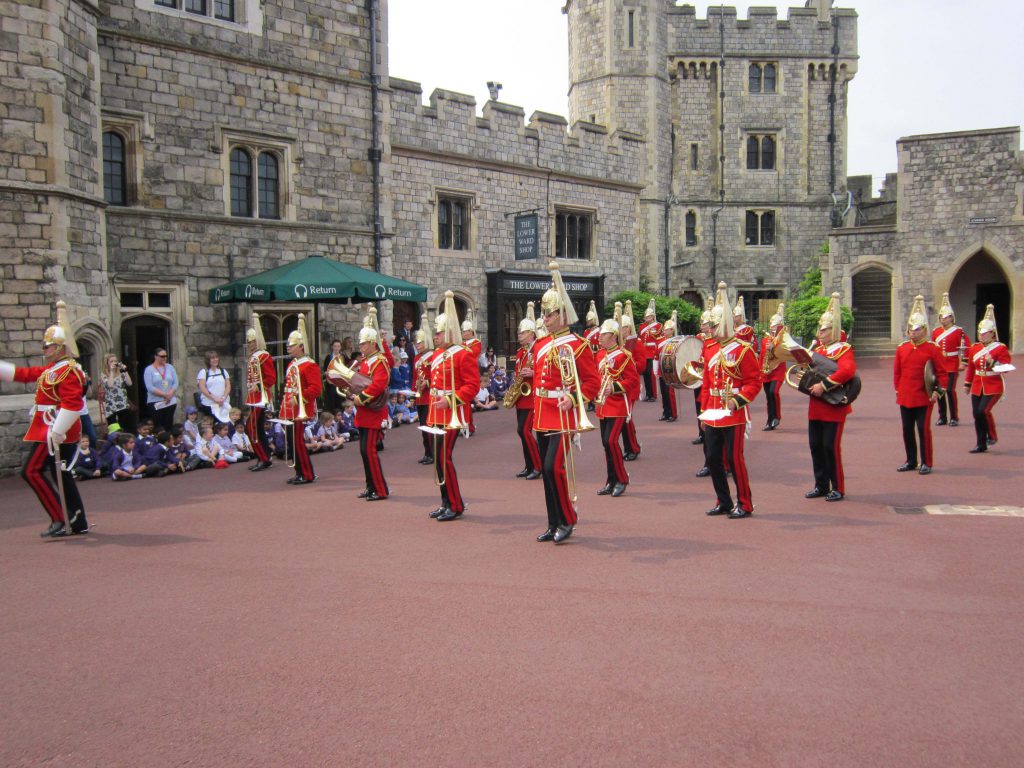 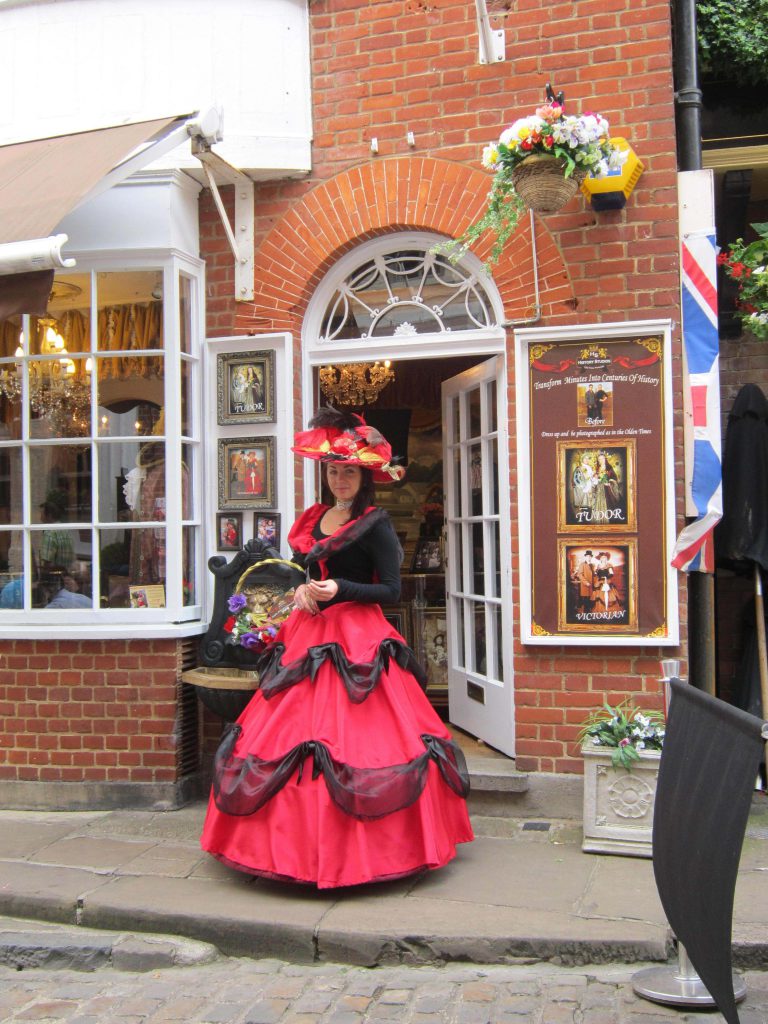 The City of London has eight Royal Parks, and The Green Park is one of the smallest of the these eight Parks, spread over just 40 acres of greenery and century old trees like the Plane, Silver Lime and native Oaks.

Every year, Millions of Tourists as well as locals visit this park to have a brisk walk, to go for a jog, to cycle, it’s an ideal spot for picnics, for sunbathing on the deck chairs provided in the park, or just simply to have a lazy, relaxing day at the park. 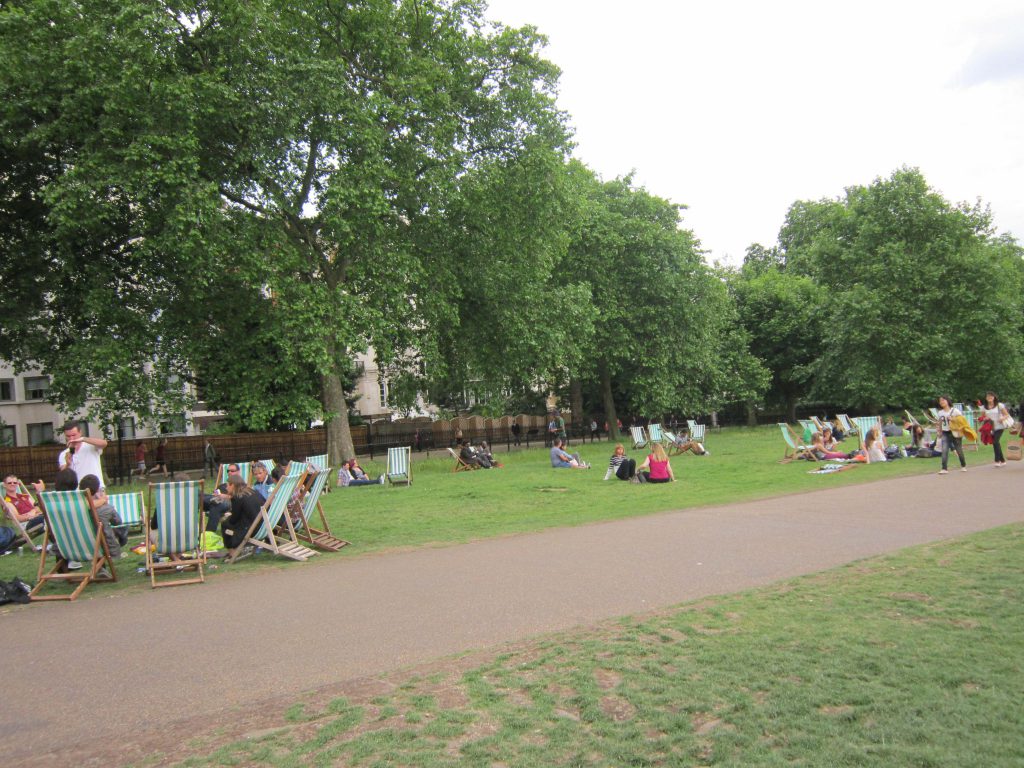 If you have been to The Green Park, then you must not miss going to Hyde Park, one of the Eight Royal Parks. Hyde Park is just a few minutes walk from Green Park and covers about 350 acres of lush green land and trees and houses the Serpentine Lake, the Speaker’s Corner and the Diana – Princess of Wales Memorial Fountain.

While at the Park, do not hesitate to satisfy your taste buds at the Hyde Park Corner stall for some delicious Waffles, ice-ycream or Hot Dogs. 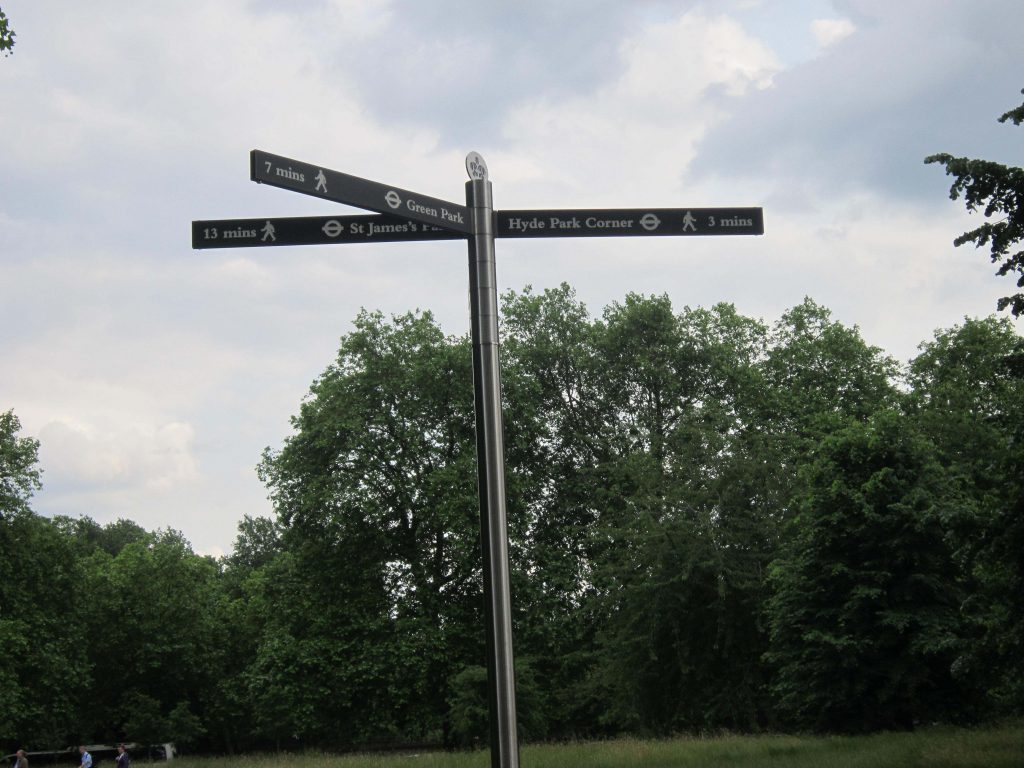 St. Paul’s Cathedral is a Cathedral built by Christopher Wren over 1400 years ago and dedicated to St. Paul. This architectural beauty, with its most beautiful interiors, mosaics, lies right at the heart of London city.

There are many different parts of the Cathedral for you to discover, from the underground Crypt to the Golden Gallery, 111 metres above London, but the high point of it all is climbing and reaching the Dome of the Cathedral, which touches the skyline. The climb from the Cathedral Floor to the topmost part of the dome which is called the Golden Gallery can be divided into 3 levels (Level 1 – Whispering Gallery, Level 2 – Stone Gallery and Level 3 – Golden Gallery, which is a total of 1,161 absolutely narrow, cold, stone, spiral steps to be climbed to reach to the top and be warned beforehand, that this is not for the fainthearted!!!!

There are warnings and instructions all over the Cathedral that those suffering from Claustrophobia and have a weak heart are advised not to attempt it. This climb was the best part of the experience for me, until I reached the Dome (Golden Gallery) and could have a bird’s eye view of London.

St.Paul’s Cathedral has stood the test of time. It has been built and rebuilt five times and has been a place of worship and prayers for centuries.

Come and visit this amazing masterpiece and be enthralled by its beauty and absolute serenity that it bestows upon you. Sit in silence for a little while and hear your inner voice within you. 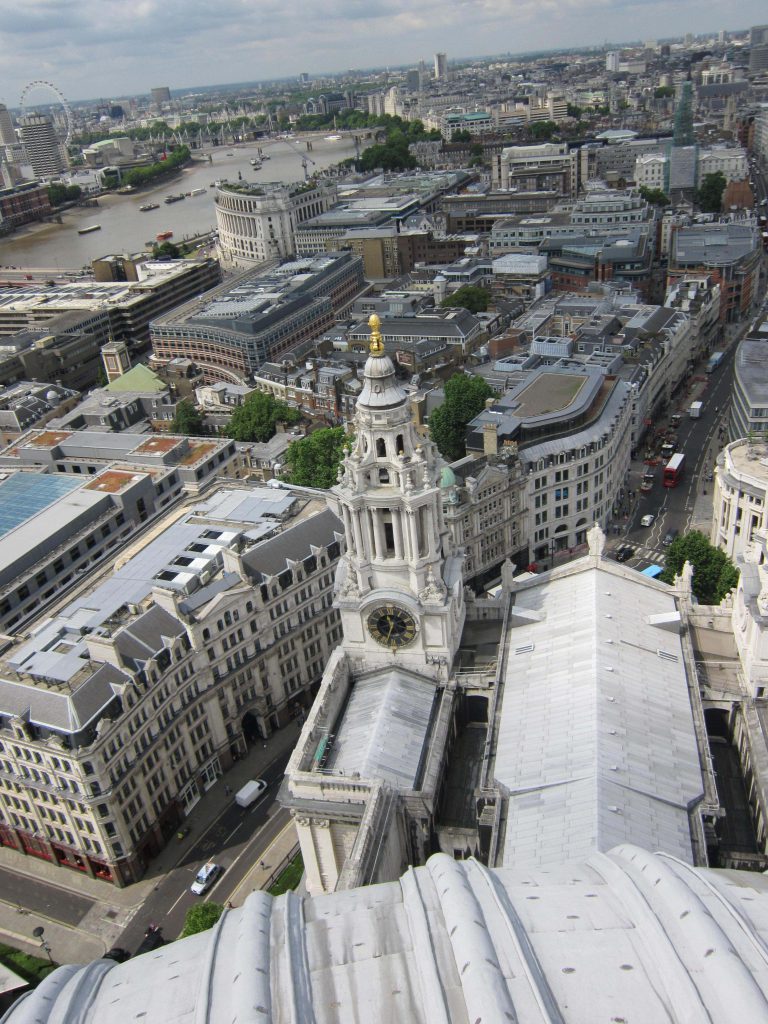